-The first and original interview-

The following is excerpted from a biography on wikipedia.org 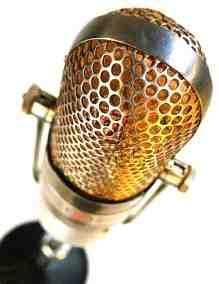 Mutah Wassin Shabazz Beale (born in Newark, New Jersey on October 7, 1977) is an former rapper more commonly known as Napoleon. He was born to Muslim parents, his mother Aquillah Beale, (puerto rican) and his father, Salek Beale(african american). When he was three years old his parents were murdered in front of him and his two brothers by family friends and members of the Nation of Islam.

After this, he along with his big brother, Moonie Beale, and his little brother, Kamil "Hellraza" Beale, moved in with their grandparents in Irvington, New Jersey. As Beale grew older he started rapping. In 1994, he ran into his childhood friend Yafeu "Kadafi" Fula who he hadn't had contact with for years. Both of them were rapping and Kadafi's Godbrother was the notorious rapper Tupac Amaru Shakur. Kadafi's mother, Yaasmyn Fula, told Tupac about Mutah. She told him how he witnessed his parents being murdered and it made him cry. He felt he had to meet Mutah. They met and Mutah joined their group, Dramacydal. Unlike the other members he didn't go under an alias, he just went under his first name.

On April 5, 1995, Tupac's LP, Me Against the World, was released(which sold 3 millions copies) Mutah guest appeared on the song "Outlaw." In 1995, Mutah, Bruce "Fatal" Washington, Kadafi, Katari "Kastro" Cox, Malcolm "E.D.I." Greenidge, young noble and Tupac formed the group the Outlaw Immortalz; later renamed to the Outlawz. Tupac gave each member of the group an alias taken from an enemy of America or so called tyrants and he gave Mutah the alias Napoleon after French emperor Napoleon Bonaparte. On February 13, 1996, Tupac's double LP All Eyez on Me was released selling 10 million copies. Napoleon guest appeared on "Tradin' War Stories," "When We Ride," "Thug Passion," and "Run Tha Streetz."

On September 7, 1996, Tupac was shot six times in a drive-by-shooting in Las Vegas, Nevada. He was taken to University Medical Center where he died a week later. Napoleon and the rest of the Outlawz moved back to New Jersey. On November 5, Tupac's LP, The Don Killuminati: The 7 Day Theory, was released. Napoleon guest appeared on the song "Life Of An Outlaw." On November 10, after visiting his girlfriend, Kadafi was shot. He was taken to University Hospital where he died that afternoon. Who killed him remained unknown until 2000 when Napoleon said in an interview with The Source that it was his cousin, Roddy, who accidentally killed him. Apparently, Kadafi and Roddy were drunk and high, they were playing with a gun,

Roddy pulled the trigger and a bullet hit Kadafi in the head. Napoleon convinced Roddy to turn himself in. In March 1997, Napoleon and the rest of the Outlawz with the exception of Fatal, moved back to California and signed with Death Row Records. They did this despite the fact that Tupac had several times told them not to. On December 21, 1999, the Outlawz's debut LP, Still I Rise, was finally released. Napoleon and the rest of the Outlawz besides Fatal formed Outlaw Recordz and released their second and third LPs, Ride Wit Us Or Collide Wit Us and Novakane, on November 7, 2000 and November 6, 2001. One of the first artists who signed with Outlaw Recordz was Napoleon's brother Hellraza. Napoleon made his acting debut in Thug Life which also starred The Lady of Rage and Willie D.

Napoleon's the father of two sons, Salek and Muhammad. Napoleon's solo debut album, Have Mercy, was due out this year. It features Jon B and other artist. It has been completed but will not be released, and Napoleon has completely retired from music due to it's impermissabilty in the religion of Islam, Napoleon said himself. He lived in Abu Dhabi for three or four months while requesting permanent residency in Saudi Arabia. He is now back in the United States. He had a minor hit called Never Forget featuring Val Young and Johnny J. Johnny J produced the song as well.

In July 2006, Napoleon visited Sydney, Australia to give a talk to the Muslim youth who were being influenced by "gangsta culture" (which had resulted in the killing of two young muslim men) and advise them against it. His background as a mainstream, successful rapper and his friendship/affiliation with Tupac Shakur, the rapper idolised most by the Sydney youth, ensured that his words had a lot of impact on them. In November 2006 he also visited London to give similar talks in East London he had visited stepney green school to give a speech to the students. He also visited the Pakistan Centre in Nottingham to give a talk about his life and gangsta culture.

An interesting interview with a former rapper who became inspired to learn about his Muslim roots. After following in the footsteps of Malcolm X and making the Hajj, he began to learn about the essence of Islam (tawheed - the oneness of Allaah) and decided to leave a fast lifestyle of music, intoxicants and vice for the simplicity of Islam. Why you may ask? We invite you to listen and find out...

Pamphlet: Jesus The Messiah Son of Mary between Christianity and Islām - Download and Distribute… https://t.co/eJUwud3snl